Looking for A Way to Avoid Telling Someone Where to Go?

When I walked into his office, Will’s head was down, his brow looked furrowed, he was breathing deeply and writing furiously.

I waited until he finished and asked, “What are you working on?”

“I’m writing out my rage!” He smiled, pushed his pad aside and explained. “I used to have a bad temper – potentially, a significant derailer. My mentor suggested doing this and I’ve used it ever since. Whenever I’m angry, frustrated, disappointed, or feel like telling someone off, I write it out. I get it out of my system so I can approach the situation in a more level-headed way.”

I thought, that’s a great idea?

Putting words to your emotions brings clarity. The simple act of describing an intense situation can reveal the bigger picture. It allows you the space to see your singular perspective and how it plays against the priorities of your job, your department, your company and even your career.

One colleague of mine says she envisions herself having the conversation with the person who triggered the rage, and then she imagines their likely response. Rarely, she says, can she imagine getting the desired response of, “You’re absolutely right. I’ll just quit and let you run the show your way.”

Writing down your thoughts and feelings also help you resist the temptation to find a sympathetic ear – someone who will confirm for you that you’re right and your foe is completely wrong. Those interactions often fuel a destructive flame. They can, among other things, mask true solutions, lead to you digging your heels in and resisting compromise. It can also spread to others who were feeling just fine until you brought your rage into their space.

The next time you’re feeling frustrated, angry, disappointed or like you want to tell an employee or colleague where to go, try Will’s technique. Grab your pen and pad and write it out. Give yourself the time and space to make a level-headed decision about how best to respond. 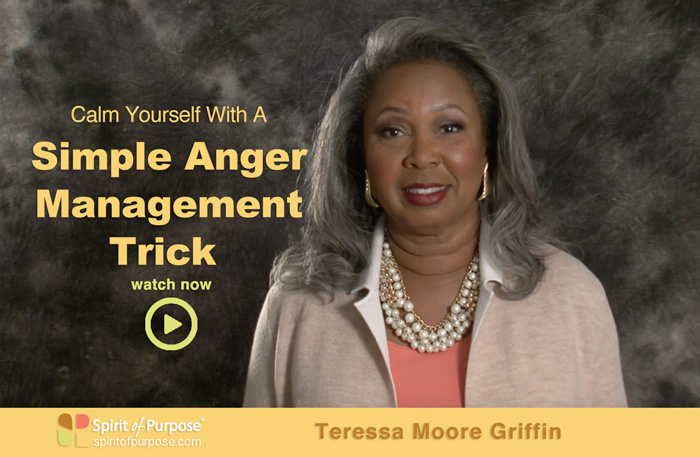