Sound consultant Julian Treasure advises companies around the world about using sound to their advantage. His book, “How to be Heard: Secrets for Powerful Speaking and Listening” reveals how to speak effectively – and goes beyond the sound and cadence of your voice.

In his Ted Talk, Treasure explains that if you want to be heard, there are seven things you should avoid. They are gossiping, judging, being negative, complaining, making excuses, exaggerating and being dogmatic. Each of these habits are pretty common, yet they make it less likely that others will want to listen to you.

Treasure recommends four powerful cornerstones of speech that reflect positively on the speaker.

He describes other ways you can use your voice to be heard. 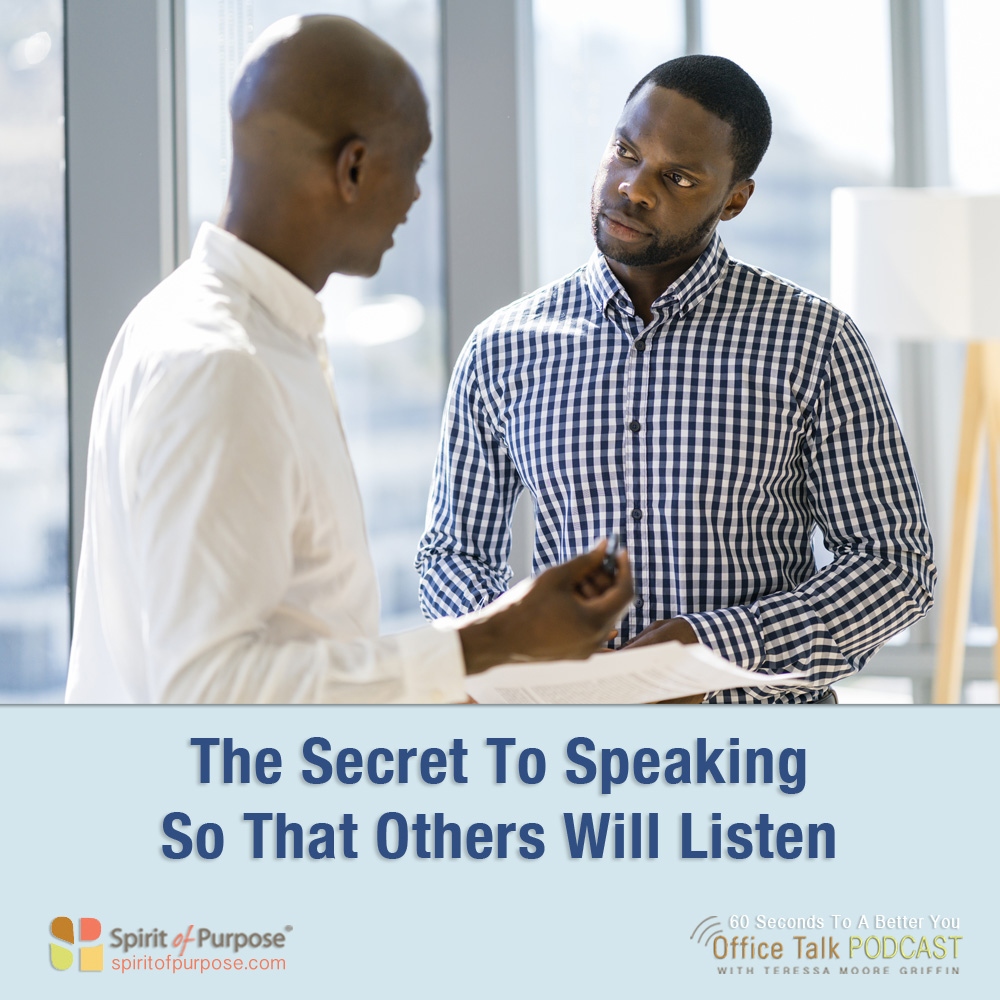